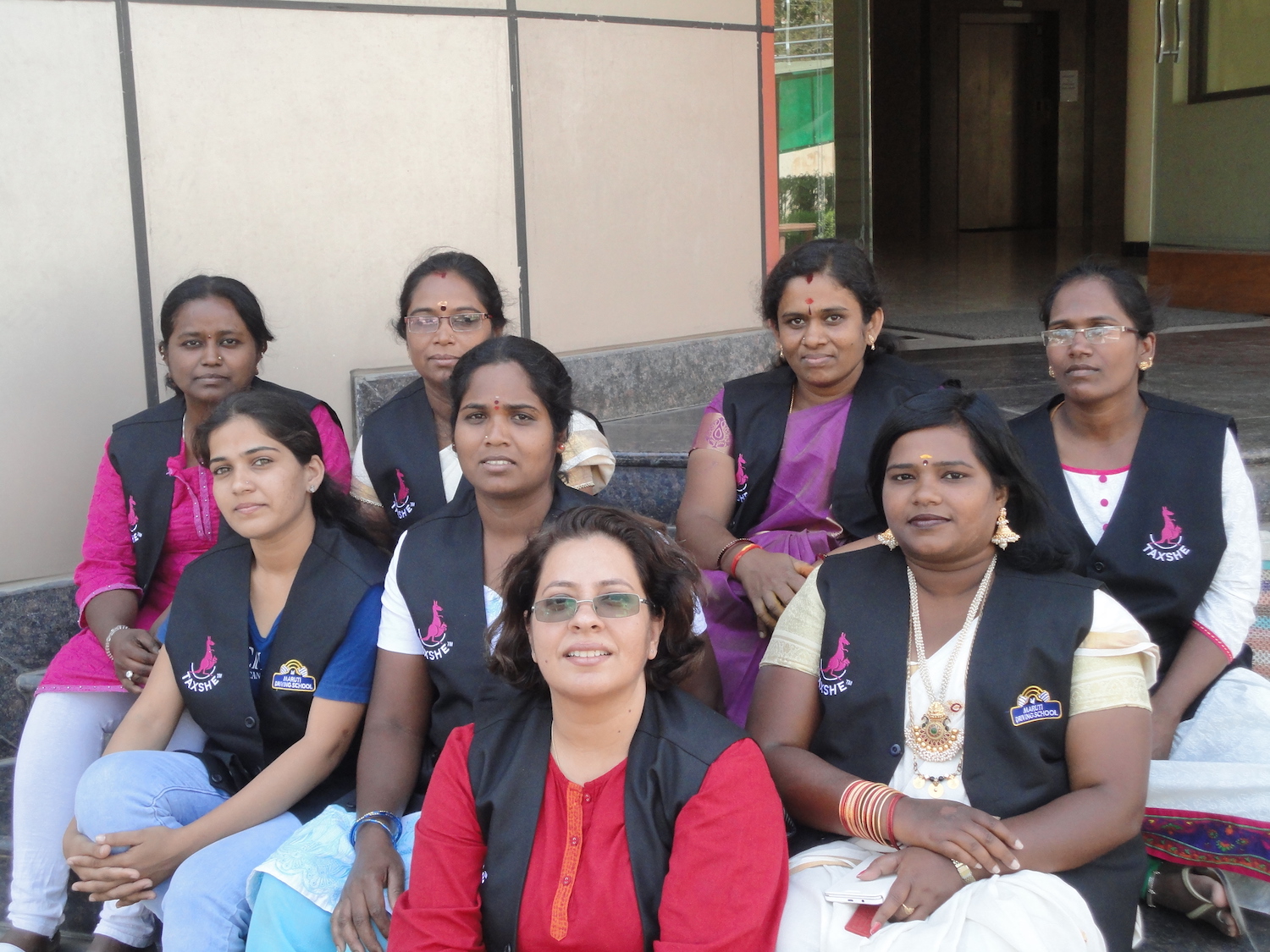 With sympathy and condolence in their voices, friends and acquaintances rang to ask how I was feeling. Was I distressed about Bharati Veerath’s death? Was it not terribly tragic? Barely a couple of years ago, Bharati became a trend-setter as the first woman driver in India to partner with cab aggregator Uber. She had the spirit of a volunteer and the heart of a pioneer. Now, before she could step into her naughty forties, she was dead, found hanging in her apartment in her Sanjay Nagar residence in Bangalore.

Pioneering power, let me inform you, remains untainted by death, or suicide, or whatever was the cause of this premature exit.

I salute her as I say softly to myself, “Bharati, be at peace, wherever you are. You started it all.”

Why am I saying that? Because I am a woman cab driver myself. I founded Taxshe – a taxi service available only for women, children, senior citizens, and families accompanied by a woman.

Why would I do such a thing?

After over 20 years of professional experience in the corporate industry in roles ranging from chartered accountancy … to financial management … to being Head-Finance of Whitefield Honda in Bangalore, life took me to the turning point where I had to be a mom and caretaker first and foremost. My career evolved into setting up business of car finance, general insurance, and life insurance.

Then came the “calling” – nothing short of a brainchild: In a city that was shivering and shuddering with fear and concern for its women, young girls, and precious little children, why not bring in a wave of security? Around seventeen months ago, Taxshe was born. The way target users embraced it was like balm to a starved soul. The sheer joy of being wanted, of clients waiting for the company to solidify and grow, it’s the elixir that makes you jump out of the bed in the middle of the night with a new idea, or an expansion plan.

I did not just launch the company, and sit in a swivel chair like a ‘founder and CEO.’ I became a woman cab driver myself, and continue to be one, because I always want to have my finger on the pulse of what my team of women drivers go through. No “ivory tower” bossy lady stuff in Taxshe. There is no better way of doing business than being part of it.

Okay, I know your mind is buzzing – how did I get together my team of woman drivers?

Thus began the tough part. Basically the career of a woman driver starts not from learning to drive, but learning to change, taking a bold step, standing up for one self. It’s not the easiest thing to achieve wherein you are encountering women whose education levels are practically negligible, where a woman has been raised with the core objective to marry any man who is willing to marry her, deliver babies for him, and then slog her life out earning for him, being patronised, and very often beaten black and blue. Yes, those were the women I was seeking to ‘convert’. Make them develop self-respect and confidence to the measure where they could convince their families about the new career they were planning.

That done, it was time for Step Two.

This was the driving training. Was I crazy, I asked myself.  Suddenly a woman who has possibly never even sat in a car, is supposed to be driving it!  This woman, was only used to walking from one apartment to the next for cleaning jobs; and for her 5 km in bus was like travelling to Timbuktu - now I had inspired her into working toward the goal of driving a car, in the haphazard Bangalore traffic. Guess what, she was supposed to learn that in10 days!! (that’s what the regular driving training schools offer in exchange for a small fortune!!).

But before that, there is one more hurdle to cross. The trainer from the driving school is used to training educated women from the middle class and upwards. Now he (or she) has before him (her) an illiterate woman from another class, who most often does not understand a word of English, has very low self worth, was probably wearing ordinary well worn hand-me-down clothes. The expression from the driving school authorities was mostly: how-dare-she-want-to-learn-to drive!

It was the point in which I invested several hours into building up self-worth: Every woman has a birthright to happiness. She can be respected, if she first respects herself. The transition in attitude is difficult but not impossible. She can change the world only after she changes herself. That was the catch-line that set the adrenalin a-flow and the face aglow. “Yes, we will change the world,”

There was a lot more before the ‘internship’ could be completed, but once the attitude changed, everything moved smoothly. Within six to seven months (o yes, we abandoned those ridiculous 10-day training at schools; I don’t believe anyone in the world can actually drive with just that kind of input) my heroine is ready for the road!

Not heroine. Roo. I took that term out of the word Kangaroo, one of the strongest care-giving animals in the world. Today I sit with my Roos and we have the immense pleasure of being destiny-changers, people who in our own little way, are making a difference to the needy world around us. We are not doing it for fame or fortune, but because there was a desperate social need, and we got the vision of meeting that need. While doing it we make a living.

Is it that easy?

Perish the thought. A woman cab driver has to travel different locations, drive strangers every single day, drive different cars possibly … be compared to men who have ruled the roost for centuries and been professional drivers for years. She has to face crazy parking situations, work for 8-10 hours at a stretch,(then 16 hours after she becomes a proper cab driver) know roads and cross roads like the back of her hand. Where does she find a toilet? She cannot water trees like the men do? But this is only the least of the difficulties.

But it is worth it; and every problem has a solution. And what about the pleasurable side of the job. Most of the clients are school children entrusted to Taxshe to drop and bring back kids from school. So a roo does that, listens happily to the cackle of the little kids she is riding, drops them at school … then goes to manage her home or else to work at a part time job somewhere … then return to school take the precious children back to their parents. What a lovely experience – just a lot of naughty children and smiling parents to greet you.
Post school hours, she drives only women and senior citizens, makes them feels safe and feels secure herself.  That is a big statement for a woman, do what you love to do and feel safe. When you are happy doing what you do, it is not long before money comes and joins you, believe me.

I tried something different and it worked. It often does if you move away from the beaten path. Why are people scared to dig into their creative depths and think out of the box? There is such a tremendous feeling of fulfilment when you’ve come up with a novel idea and dug deep into yourself for the courage to see it through.

Thank you, Bharati Veerath for starting it all. We will always remember you with fond memory.