William and Kate cause Pochamma Panic 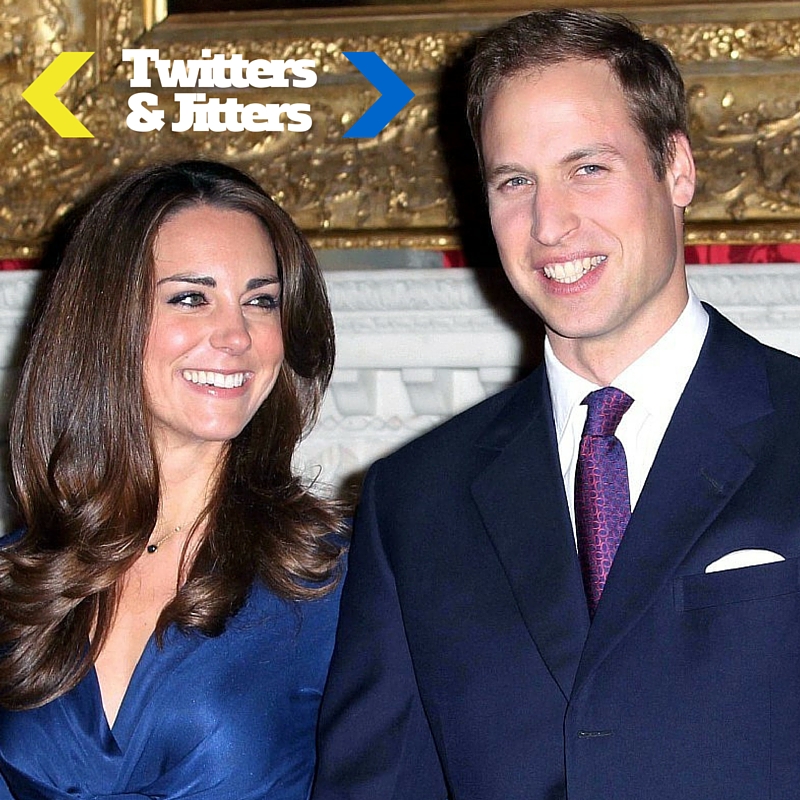 My friend Pochamma who is a housewife with four servants, and has nothing else to do, likes to speculate on coming events. Come to think of it, that keeps her busier than her four servants.

She called me today to share her thoughts on the imminent first time ever India visit of UK Royals Will and Kate and the lunch Prime Minister Narendra Modi is throwing for them on the twelfth day of April which is around the corner.

Pochamma said, “You know, I am really concerned about the possible difficulties Sir Dominic Asquith must be having with New Delhi.”
It was kind of her to be so considerate, I said, but who on the face of the non-colonial earth was Sir Dominic Asquith.

She gave a large sigh but I could have imagined it, as she said, “He is the British High ---."

Not wanting to sound like a complete ignoramus, I interrupted excitedly, and asked if she was referring to the British ambassador to India?

This time I definitely heard the cough of exasperation as she went on to explain with forbearance a medieval saint would have envied, “My dear, countries of the Commonwealth of Nations exchange High Commissioners, not Ambassadors. The operational difference is that Ambassadors present their diplomatic credentials to the host country’s head of state (the President), whereas High Commissioners are accredited to the Head of Government (in this case, the Prime Minister).

I apologised profusely for having missed out on this, the most important of all facts of life, during my unnecessarily long education.

Pochamma’s anxiety stemmed from possible miscommunication between Sir what’s-his-name-kith and Vikas Swarup. I dared not ask who this new name belonged to, obviously a Modi lackey of some kind.

She said, “Imagine, Swarup will invite them to a chai ki charcha, and Sir Askith will reply, ‘No, not Prince William, but his grandmother is the supreme head of the Church of England."

I suggested helpfully that they could call it ‘tea ki charcha’ for better understanding.

She let that pass with disdain and went on to worry about the reception being given to Will and Kate as they stepped on Indian soil. “They are royalty, pure and undiluted, and instead of Modi meeting them in person when they arrive in Mumbai, India is organizing a host of rich and famous persons including Farhan Akhtar, Hrithik Roshan, Rishi Kapoor, Tendulkar, the Khans –Amir and Shah Rukh, and Aiswarya Rai without the Bachchans. Imagine it – not a single politician or anyone from the New Delhi cabinet, only those eggheads, don’t you think that is a crying shame?”

I secretly objected to Tendulkar being called an egghead and I personally felt that Bollywood would make a more presentable reception committee than the babus and netas from Delhi … however, by this point of the conversation, I had learnt to keep my thoughts to myself.

In any case, Pochamma’s misgiving had shifted from the scene in Mumbai to the royal couple’s entrance to Modi’s lunch at 7 Race Course Road in Delhi. She cannot bear what she calls the “garish” memory of Modi going all familiar with the US President, by his use of “Barraaack” every two minutes, even as Obama himself kept to a very professional ‘Mr. Prime Minister’ form of address. “Imagine,” she wept, and I wondered if her imagination was slowly killing her, “if he has to do the same with the royal couple. Last night I had a dream of him trying to hug Prince William and Kate and saying, ‘Hēlō Willy putra, anē Katy putri, kem cho?’

OMG, OMG, what will we do, how will India ever hold up her face in the eyes of the world again?”

It’s what I call slow death caused by … piles of panic.