The Diverting History of a Doleful Lake 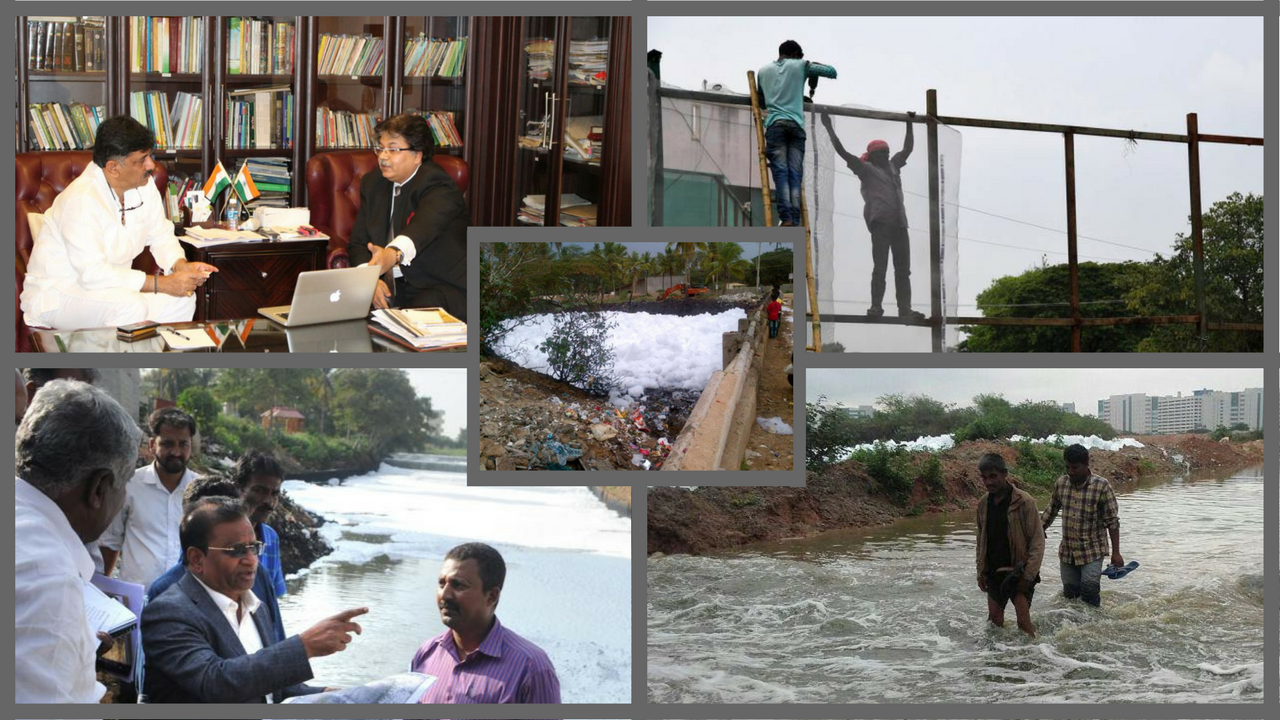 Lovely Lake Bellandur, I know that others have not been fair to you. But what did I do to you that you are driving me insane?

Dear Reader, some weeks ago, I was assigned by Berean Bay Media House, to do this piece on the changing waves of Bellandur Lake. I went about enthusiastically researching right through the fire and foam, to the lake bouncing back, to restoration. There was some hope, I was told, for the restoration of the lake with an ambitious model that included using the sewage dumped in the lake to generate water, power, and fuel that could meet the needs of the ever-growing city and its neighboring districts. I was happy with what I did … until a few days later, there were fresh developments, then a week later something new, and so on and on, until my story got turned and twisted out of shape and I began to foam.

How does one do worthy coverage on a story that changes with every sunrise?

One writes a ballad!

Here it is, with due apologies to The Diverting History of John Gilpin (hats off, William Cowper) — ‘The diverting history of Lake Bellandur’ to facilitate the quickest comprehension ever of Bangalore’s never-ending saga of suffering.

Cried people of Bellandur, all filled with ire.

Until one, two, three global esquire

Said pots of prosperity lay in the mire.

It was the beginning of hope so sweet

He would not allow Bellandur go obsolete

Mire would produce both energy & heat.

He would set up miracle plants to treat the waste

Sewage would be transformed into water chaste

Plus generate bijli in several states.

There came an explosion and an angry spree

Not for nothing is the Tribunal called NGT,

“STOP the sewage” came the ‘order’ in April week three,

To KLDCA, the concerned Authority.

NGT boomed, “How dare you cause fire to your lake”

So wild, it was set to do whatever it would take,

To give KLDCA more than just shiver or shake

All  in Bellandur could feel the Tribunal quake.

“Within ONE month” was the deadline quote

What had got angry NGT’s goat,

Was that nothing was done after the Feb fire smote

To stop the foam going outbound

Alas, toxic fumes burnt the fence like noises in a swound

“Close all industries near the lake!” said NGT in a rage

Against the ones that polluted the stage

KLDCA would at last have to earn its wage

No more choice but to come of age

BDA and KSIIDC alerted their watersheds

Now all want to be part of revival threads

Each comes rushing in with impressive creds.

Those dumping untreated waste in the lake will be fined

The 5-lac penalty boggles the mind

Considering all that is involved in the grind

Has NGT the deadline correctly timed?

Sewage from all sources as NGT should know

Has nowhere but to the lake to go

Will the Tribunal not reduce the blow

Knowing the treatment plants move ever so slow.

BBMP has brought CCTV cameras all of seven

The plan to bring to book all uncouth bevan

Hoardings and displays to warn the levan

Further rape of the lake will not please heaven.

Sigh. Imagine this time of great stress and press

Someone’s gotta to be blamed for this mess

Since next year will bring in the election chess

The neck in the noose is of the poor Cong-ress