What Do You Do in the Dark? 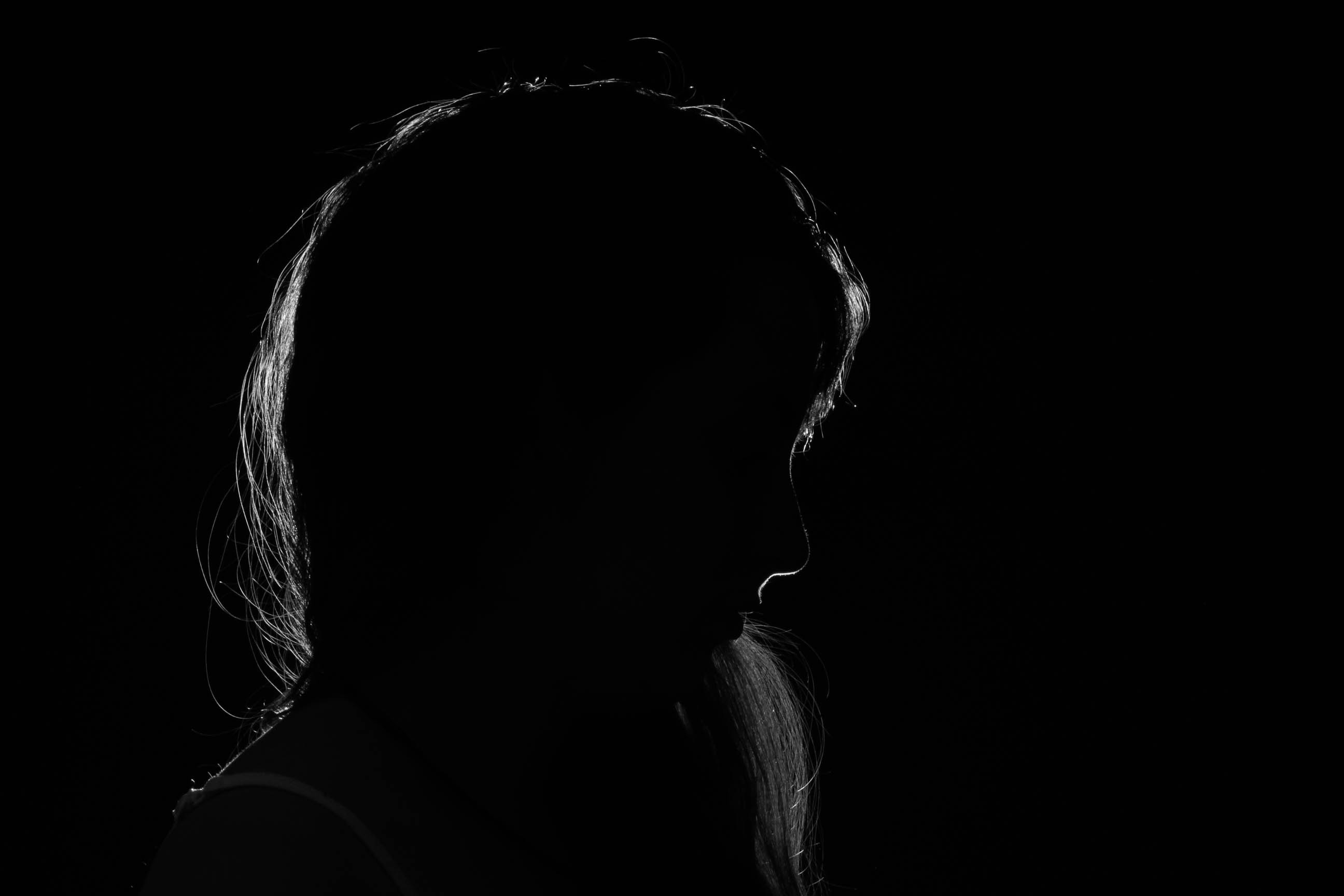 What do we do, see, and think when we believe nobody is watching and none will know?

This one is about hidden flaws, inspired by something less than pleasant I discovered about myself a couple of days ago.
I was checking my WA messages, when suddenly one of them opened to a video recording about Meghan Markle. Maybe we should not act so familiar with her now. After all, on the morning of the royal wedding, social media joyfully tweeted that the Queen was “pleased to confer a Dukedom on Prince Harry of Wales. His titles will be Duke of Sussex, Earl of Dumbarton, and Baron Kilkeel (they sound awesome even though I don’t have the foggiest notion what comes along with each title). Meghan’s new title is Her Royal Highness --The Duchess of Sussex. She is the first woman to be known as the Duchess of Sussex. Prince Harry is the second Duke of Sussex. Prince Augustus Fredrick, who campaigned against slavery, was the only other person to hold the title.
Anyway, let us get back to the video recording on the Duchess of Sussex. The pictures were startling, and the narrator was a deeply disappointed British “voice” speaking with great condemnation about the Duchess, how she deceived the naïve Henry Charles Albert David, familiarly known as Prince Harry. (Henry Charles Albert David was born into the House of Windsor and his last name is technically Mountbatten-Windsor – as is the case for all royal males who are descended from Queen Elizabeth II.)
The narrator said that royal family was extremely embarrassed and secretly furious at the “ride” they had been taken for and the shame that had been smuggled into the royal family, that too, through the front door. The narrative included juicy details of the Duchess’ past; specially her film career … her first marriage … her parents, their divorce … her brother, and lots of other stuff like that. There were firsthand witnesses, and photographic evidence of all reported.

Absorbed and interested, I had been glued to the video for around twenty minutes before I realized what I was doing. I was CRAVING SLEAZE – and there are no other words to describe the fallen nature in us humans that explains our preoccupation with celebrity scandal. The sordid sagas fill a gaping hole in our uneventful boring everyday routines. They do all the things which we can never even think of doing – they cheat on their spouses, they have multiple marriages, they kill and compromise, they marry millionaires or princes, most of them seem to get away with it. And here we are stuck with the mundane and a backpack of nothingness.

Strange that I should have lapped up so hungrily, the degenerative tales about the duchess because I am at a joyful place in my life now and so have no excuse. I am the first to confess I have played my own significant part in the scurrilous history of celebrity scandal mongering. I may be pardoned for the pine for polluted paparazzi decades ago, protesting that it was merely a professional hazard, since I was a cub reporter for consumer magazines like STARDUST, SAVVY, and SOCIETY. The fact that I turned from cub to pack leader, to editor and then finally to editorial director of the company is proof of how good I was at Bad.
We made a living out of celebrity scandal, and such a prosperous living it turned out to be that the entire media in India forgot what it learnt in journalism school and tried to beat us pathetic pioneers at our creepy, cloying game. That is how the cult of celebrity began to take the place of organized religions and decent media, as we fed the public with minutiae of misdemeanors about the rich and famous, endlessly fascinating and terribly sordid and occasionally (as in the Sridevi story) morbid. 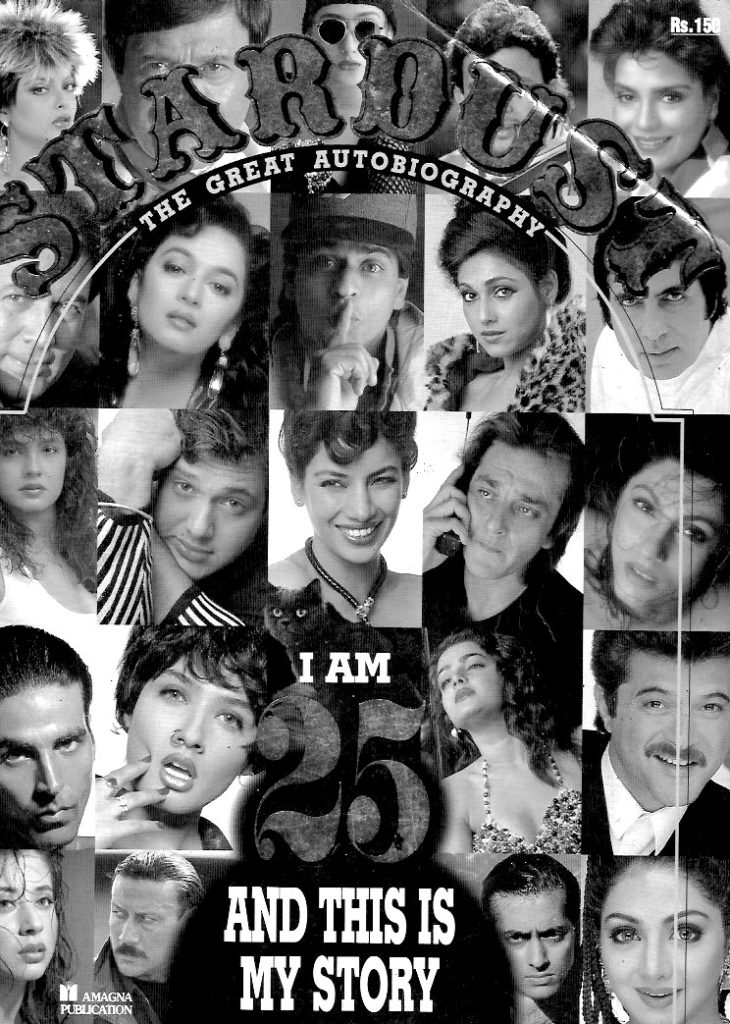 Why blame just my own sweet magazines (which I have gained so much from; in fact, many of you who may be reading this will probably remember me from what I wrote those days?) The backbeat to celebrity scandal started decades before we came on the scene … in the West, being richly provided by the whiplash world of drug-elevated pop. When Presley first swivelled his pelvis, elderly aunties and Christians grumbled to all (who did not have ears for such criticism), that Elvis had dragged cheerful music to the lowest depths of grunt and groin. So as the King of Rock & Roll (and goodness knows what else) ground his hips and drowned his ships, and finally died heavily drugged, the public obsession with celebrity bad behavior began and has been limitlessly escalating since. And why not? As an arrogant John Lennon once said (not entirely untrue), “We’re more popular than Jesus now.” (For which he was shot and killed, but that’s another story.)

I may have continued to delight in and justify participation in junk journalism, the kind that made Joseph Pulitzer (U.S. newspaper editor and one of the most powerful journalists in the nineteenth century) say, “A cynical, mercenary, demagogic, corrupt press will produce in its time a people as base as itself.” (That’s a direct warning to those who allow smut in their gut, dear reader) Oscar Wilde too breathed fire against the “excesses of brutality” of the press. “The private lives of men and women should not be told to the public. The public have nothing to do with them at all.” He is right, you know. How will it benefit a reader if ‘A’ who was married to ‘B’ slept with ‘R’ who once dated ‘G’ who had an illegitimate child through ‘L’ who is now sleeping with ‘B’?

It is sheer pornography fed into the spirit, nothing else. And the veil was removed from my face in October 1990 when I had a spiritual encounter with changed my life and mind completely. As an editor, conscious of sales and TRPs, I too had defended my work saying that it is the public that likes juicy scoops and exclusives, even if they are not kosher. Today, I have realized that it should be the writer and the editor that influences the readers and not the other way around. I agree with whoever it was who said that these sort of stories when written, define the writer, not the persons they are writing about.

Therefore, it was difficult but not impossible, to switch off the demeaning video on the Duchess of Sussex. This is how my conversation with self went:
Why are you watching this?
It’s just time-pass, there is nothing sinful in watching it, is there?
What will you gain by watching it?
Nothing, like I said, it’s time-pass, millions must be watching it.
Are you feeling a better person, a holier-than-Meghan person by watching it? Are you jealous of her?
Rubbish, I don’t know her from a hole in the ground. Why should I be jealous of her? I am quite happy with my own life.
Are you aware that everything you take in, finds it’s place within you, gets processed and comes out in your character? And that it gradually begins to chip away any nobility you have. Ask the computer community – it’s called GIGO (garbage in, garbage out).
Don’t be melodramatic. I’m just watching it; I will forget it when I put it off.
Will you? Won’t you be tempted to forward this video to others on WA, just as it was forwarded to you, to show you’re in touch with the latest scoop? Then you will want to chat about it with family and casual visitors. See how much space you are giving it in your life. Can that space not be occupied, and those conversations be carried on with something more fruitful?

Okay. I get the point. I don’t know whether there will be greater fruit in it … I will simply switch off this video … and see the IPL final instead.

Ingrid is an author and a mainstream media writer. 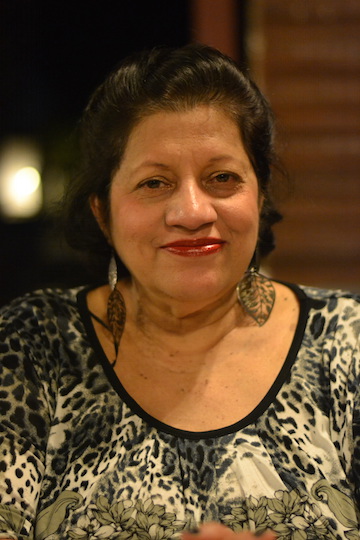