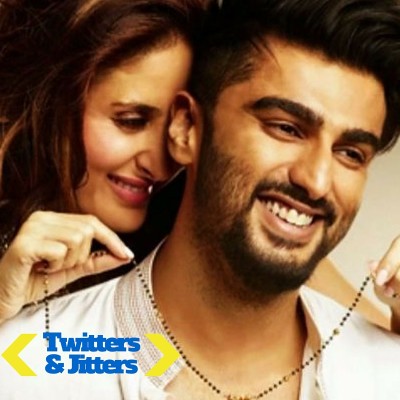 My friend Pochamma was greatly inspired by the Bollywood film ‘Ki & Ka’. She decided to try it out in her home.

That night, she said to her husband Govind: “We will try out the ‘Ki & Ka’ strategy in this home except that we will do it better than Arjun what’s-his-surname and Karina what’s-her-new-name. From now on, you, the husband, will stay at home and run the house, and I, the wife, will earn the bread, butter, jam, and Kesari bath.” Her husband meekly agreed. No one would dare call Govind a hen-pecked husband; to heck with peck; he has been cut, eaten, consumed, and digested -from the second year of their 17-year old marriage.

The next day, strategy was set alight as the household woke up before sunrise in what was now going to be referred to as the house of Po & Go. Go was instructed to stay at home and ensure its smooth running while Po would traipse through significant corporate corridors to see which top flight post would finance the running of her palatial home.

Her first stop was in the gold plated chamber seating the head of that magnificent Indian conglomerate holding company engaged in energy, petrochemicals, textiles, natural resources, retail and communications. Po acquired this privileged meeting through the friend of a cousin’s husband. Knowing time was of essence, she cut to the chase and said she was willing to join the Board of the group after which that she was sure neither she nor the company would ever look back.

The multi-billionaire head of the group gave her that ‘common man smile’ which endears him to millions of Indian TV watchers during IPL matches when Mumbai Indians are taking wickets. Being a soft-hearted man he went to lengths to explain as a rule his Board comprised only men of might and industry. Then a law necessitated listed companies to have at least one woman in the boardroom to boost gender diversity. As Po breathed deep and sat up expectantly, she was informed that a couple of years ago, his wife became the first woman to be appointed on the board of the nation’s largest private company as a “non-executive, non-independent” director. Po went through the rest of the brief meeting in a daze and long after she walked out, she thought she could hear the proud husband tell her that his wife owns over 40,10,146 shares of the company in her name.

It reminded Po of Go and wanting suddenly to hear his voice, she called his number only to be told that the person she was calling had diverted his number to another line. Imagining him preoccupied with organising the house cleanliness and dinner provided her with the enthusiasm she needed for her next visit – to a leading newspaper empire, which has been around from almost the beginning of time. The head of this empire was a soulful (call her So) woman of substance whom Po had met at a Lifestyle change camp organised by a short godman with a long beard. Po and So had swept a room together – an exercise the guru had organised so that his high society cliental would know what a broom feels like to the human palm. It was an unforgettable experience. Po was sure So would remember her.

Except that So was nowhere on the premises of her great empire. Apparently, she never even visited the place but occasionally called up her children who ran the empire for her after which her picture was printed on the front page with the President of India when she got national awards of the highest acclaim for excellence.

Po was utterly weary by then, and once again tried to get through to Go. The diversion of calls was still on. Puzzled, Po called the landline. One of her four servants answered. When Po asked for Go to be put on the line, she was told that he was not at home. As soon as the servants had reported for work, Saab told them to do their work well, to make something good for the night’s meal.

After that, the servant informed with (now-was-that-a-giggle?), he picked up his golf bag, clubs, tools, grove cleaner, windbreaker, and said he was going out for the day.
The last time I spoke to my friend Pochamma, she was doing all she could to track filmmaker R. Balki (is he called Ba?) to ask for a refund of the money spent on two tickets to see ‘Ki & Ka’: First day, first show, club class.