How to be a practical dreamer 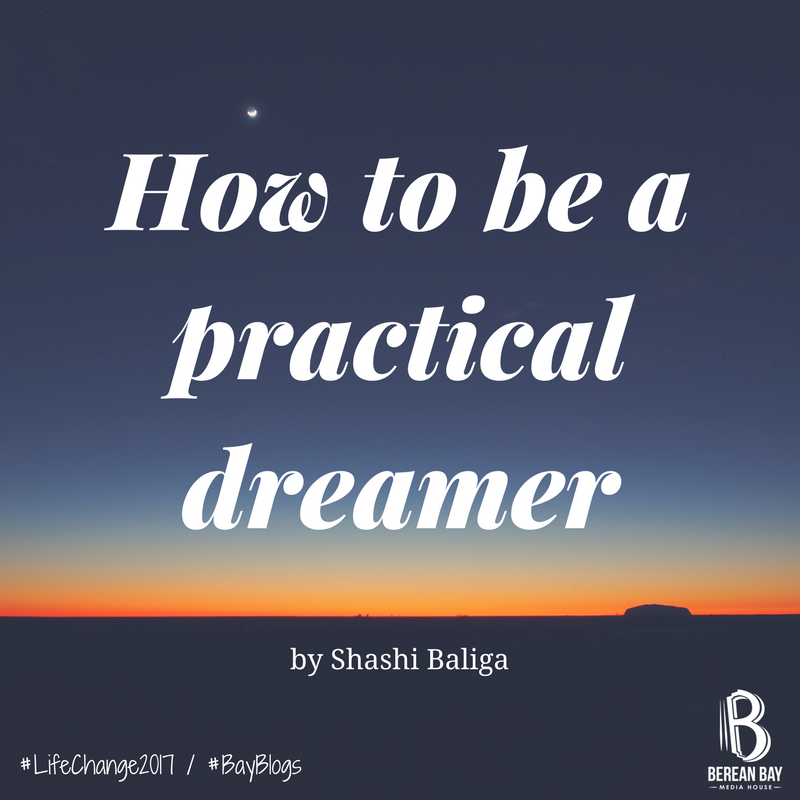 Being practical is such a crashing bore. A kill-joy. Just too wimpy. And so not living in the moment.
Did you say any or all of that? Couldn’t agree with you more – I’m not a fan of being practical. I’ve just got addicted to it. Problem is, I know this addiction is good for me. That’s why I can’t kick the habit.

Take my pet dream: taking six months off to go driving across India, criss-crossing its landscapes and cultures. In my dreams, we – my unilaterally co-opted husband and I – are wafting through lush green paddy fields in Karnataka, sweeping across the snows of Ladakh, racing across the Thar Desert, tracking tigers in the Sunderbans. So adventurous, such an adrenaline rush.

But inevitably, reality strikes – and it’s crash, bang, boom! No, it’s not worrying about money, a breakdown in the middle of nowhere or being looted by dacoits in the badlands of Uttar Pradesh. All of that would be part of the adventure. What worries me is: How will I negotiate the dirty loos? Will my skin be able to take the day-long sun without breaking into a rash? Where will I do my laundry? And how much underwear can I realistically take?

Such trivial problems? Perhaps. But really, think about it, it’s the small, niggling problems that can ruin the quality of your everyday life (or dream adventure) like nothing can. If we got looted by bandits, it would only add to the drama. But filthy toilets could take all the glam out of the adventure. So I shelve the dream for now, hating myself for doing so but thinking of how to get an RV that will eliminate that loo situation.

Some years ago, I had to jettison a more ambitious project: taking a world tour. I did the research, figured out the flights, crunched the numbers. And I was ready to roll. I decided to tell my daughter the happy news when she came home from her studies in the US; perhaps, as an MBA in the making, she could help out with the logistics. She listened carefully, as if I were a case study, and pronounced her judgement: “If you visited all the countries you wanted to, what would you have left to dream about? Why don’t you do them one or two at a time?” I shouldn’t have listened to her of course. Alas, her argument made sense. And that was that. (Yes, I’m doing them in ones and twos now and maybe it was a better idea.)

It’s been the same story with taking up farming or getting a farmhouse (Too much sunscreen, too few vegetables), setting up a homestay in the hills (Am I ready for cussed customers and thieving staff?) and more. The brutal logic of practicality inevitably strikes.
And I am thankful for it.

Over 20 years ago we decided to move from a sprawling bungalow to a much smaller apartment that was more convenient for our work commute. It was not easy to say goodbye to the lawns, flowers, cacti and vegetables that I had nurtured for years. I steeled my heart but simply couldn’t bring myself to give up our gorgeous old furniture. I want a four-bedroom apartment, I insisted. “Are we going to buy 200 sq ft extra just to keep some furniture?” argued my husband. Put that way, and given Mumbai’s torturous real estate rates, he had a point. So I gave in somewhat tearfully. But today I realise both decisions were among the best we’ve made.

So, though this must have sounded like one long whine till now, being practical has truly changed the quality of my life. And it’s not always about the money. When I was in my early 40s, my doctor said I needed a hysterectomy but I could choose to keep my ovaries because without them I would go into artificial and early menopause. Not an easy decision. I thought about it:‘Those ovaries have done their job; I don’t intend having another child. And menopause is going to hit me anyway, so how do a few years more matter?’

Before the surgery, I decided I was going to keep myself positive and think of it as gaining good health rather than losing my fertility or some rigid perception of femininity. It’s turned out to be one more decision I’ve never regretted. And I didn’t even need hormone replacement therapy; positivity has seen me through. Perhaps my hair is a little thinner than it could be but what the hell. And it could be because of extra chlorine in the water rather than fewer hormones in me.

Finally and perhaps contradictorily, may I add that practical need not stand in the way of a determined dream.

Some eight years ago, around 10.30 pm on a busy production day at the newspaper where I then worked, something snapped. I decided I was going to quit – and never take up a full-time job again. I wanted to travel, smell the roses, spend time with family and be free to choose the people I worked with. It was early 2008, my health and temper were both getting shaky and I had a fair amount of savings stashed away simply because I didn’t have the time to spend my money. If I had let myself ride that wave of dissatisfaction, I could have quit that very moment and lived comfortably ever after since I could always fall back on my husband’s earnings.

But I didn’t want to do that and I didn’t want to be forced to take up a job later just for the money. So I set myself a financial target and a date: my birthday, April 6, 2010. And I achieved both despite the stock market crash. On that birthday, I was trekking through the Himalayas, as free as I could be.

Practical can pay off.

Shashi Baliga is an independent journalist and media trainer. She has been Editor, Filmfare magazine, worked with Femina and Savvy magazines and the Hindustan Times, Mumbai. She teaches journalism at the Xavier Institute of Communication and SPICE in Mumbai. 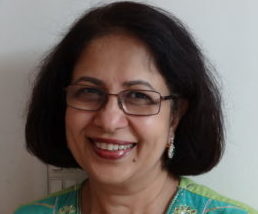