How Engineering Chose a Girl 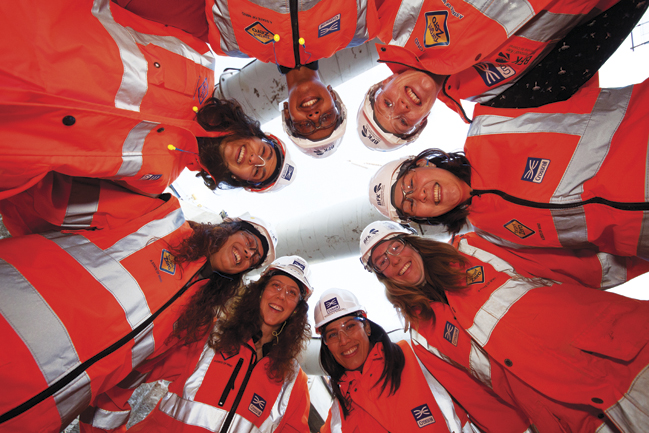 This is not a story of ‘The Engineer’s Choice’ or Ultra-tech cement. It is about how Engineering chose a girl. I was always a curious learner with my interest fields being innovative technology. Being a freelance writer and a blogger in my hometown, the reason behind choosing a technical career is a question that I get asked quite often.

I was born to Indian parents and brought up in an Indian household. This pretty much sums up everything because as we all know, half of the Indian youth are either engineering graduates or engineering students. My family of four included my service-spirited mom who works as a registered nurse, my innovative dad who has specialized in printing technology, a bouncing younger brother and myself. We were in Kuwait for the past 20 years and both my parents pursued their careers there. Being a curious learner, I scored a perfect GPA in grade 10 and as soon as grade 11 commenced; visitors, friends, family and even strangers came up to me asking me what kind of a doctor I would like to become! I opted to study Basic Science and Computer Science in the last 2 years of high school and aspired to enrol myself into a good engineering college.

My parents made the decision to send me for my undergraduate studies to my native country - India. Fortunately, I got to choose the city in which I would pursue those studies. I chose the city of chills & thrills, Bengaluru, the IT hub of India, called the ‘Silicon Valley of India’. It amuses me no end that Bengaluru has now overtaken the original Silicon Valley (in the San Francisco Bay of California) after which it was named.

The application procedure commenced its way through. Every engineering college demanded three times more of tuition fee and registration fee (than what other students were paying) since I belonged in the “NRI” category. Sigh. Fortunately, I had cleared the entrance exam and interview conducted by the university, so I could procure an admission without any capitation fee. I was sympathetic toward the fellow batch-mates who had to pay the capitation fee in order to enrol themselves into their preferred field of study. Sadly, life’s like that.

After all the drama of payment of fees, arranging a hostel, over-packing, under-packing and re-packing, I finally set foot in the city of chills and thrills. I was quite nervous as I walked towards the main building, since I couldn’t speak Kannada and felt anxious about how I would communicate. However, to my pleasant surprise, I found a highly diverse group of students from various parts of the country. I delighted as I became part of the multi-lingual crowd embracing diversity with acceptance and celebration. We commenced our day with an orientation programme organized by our department which involved a session from our concerned faculties enlightening us on the courses and electives that we could opt and various specialization fields for young aspiring engineers to research on. Frankly, I cannot remember anything about the session because the entire crowd, including my two eyes, had managed to doze off during the introductory session. The few who appeared to be listening were actually sleeping with their eyes open. That’s a special classroom technique.

This marked the beginning to the “Engineering Life” which involves regular and frequent dozing off in class, copying assignments, photo-copying notes the day before an exam, printing the hall ticket ten minutes before the reporting time and numerous mass-bunks during the college hours. We got to interact with our seniors and pretty much got an insight to what our four years on campus would look like. They also took us on a campus tour and we got to know the canteens, the library, best hiding spots, and various other teeny-tiny details of our 85 acre campus.

The point I am trying to make is that engineering college is like any other college, and we students are wired the same fun way as students of any other field of study; no difference in chemistry!

We got divided into batches randomly irrespective of our branches for the first year of our course since we all would be studying the same courses for the first 2 semesters. Though my class was well diverse, the men to women ratio stood a bit daunting, it was a crowd of 33 men and 10 women. Even though, we comprise of just 23% of our class’s entire population, we have made our mark by excelling academically and soaring in extra-curricular activities. Our male classmates were quite welcoming and I didn’t feel a sense of discrimination amidst us, and I believe it’s because of the diversity and cultural differences that we share.

As with Indian women, marriage is on my bucket list too. Whether I like or not, a few years down the line, my parents will look for the appropriate “groom” or putting it in simple words, “the Sanskaari son-in-law.” I will obviously choose an engineer because that’s how it should be. We always match-make couples based on their professions and annual income statistics.

As I continued to learn more each day, I realized my interest was mainly towards Artificial Intelligence through Machine learning and Internet of things (IOT). Just to provide a brief insight, the term “artificial intelligence” means a machine or device which mimics human cognition. At least some of the things we associate with other minds, such as learning and problem solving can be done by computers, though not in the same way as we do. It involves the concept of machine learning to identify the prospects to practically implement such systems. Whereas, IOT is the network of physical devices, vehicles, home appliances and other items embedded with electronics, software, sensors, actuators, and connectivity, which enables these objects to connect and exchange data. The application of this concept will eventually lead to smarter and more luxurious living style. (I hope it won’t make us more lazy than we already are...)

Though engineering is the most common field of study in our country, most women opt out of the STEM career choices either during or after high school. The stigma of women being a misnomer in this field is an assumption that I strongly protest against; women are equally capable as men to carry out assigned tasks and bring out innovative ideas for the rapidly advancing world. We are equally capable engineers. Women constitute of 35.69% of the workforce in Indian’s bellwether IT company- Infosys. We also contribute to 27% of the workforce in one of India’s greatest research organization- ISRO. These statistics are expected to rise with the course of time and I truly believe that it will unveil itself soon enough to shut down myths and stereotypes of people in our nation.

Just to bring a few examples, Sudha Murthy, an engineering graduate from Bengaluru is now the co-founder of Infosys. She is also an avid writer mainly in English and Kannada and has author many books. She is a symbol for women to inspire them as she followed her career and her passion equally with grace. Another beacon would be Nandini Harinath, a rocket scientist in ISRO Bengaluru. She has worked on 14 missions over the span of 20 years in ISRO.She is the Project Manager, Mission Designand served as deputy operations director on the Mars Orbiter Mission. Another beam of light to the list of empowering women, a women who held a seamless balance between her career and a her family as a mother, a wife and a daughter-Tessy Thomas, an Indian scientist and Project Director for Agni-IV missile in DRDO. She is the first woman scientist to head a missile project in India and is popularly known by the apt name 'Missile Woman' of India.

This choice of career is something that I enjoy and learning new things daily is just adding more joy to what life has already offered in the city of chills and thrills.

Merin Maliyeckel is a rare engineering student who actually finds time to be a prolific free-lance writer. 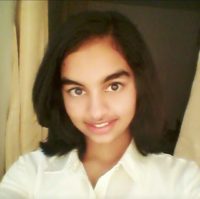