10 reasons not to commit suicide 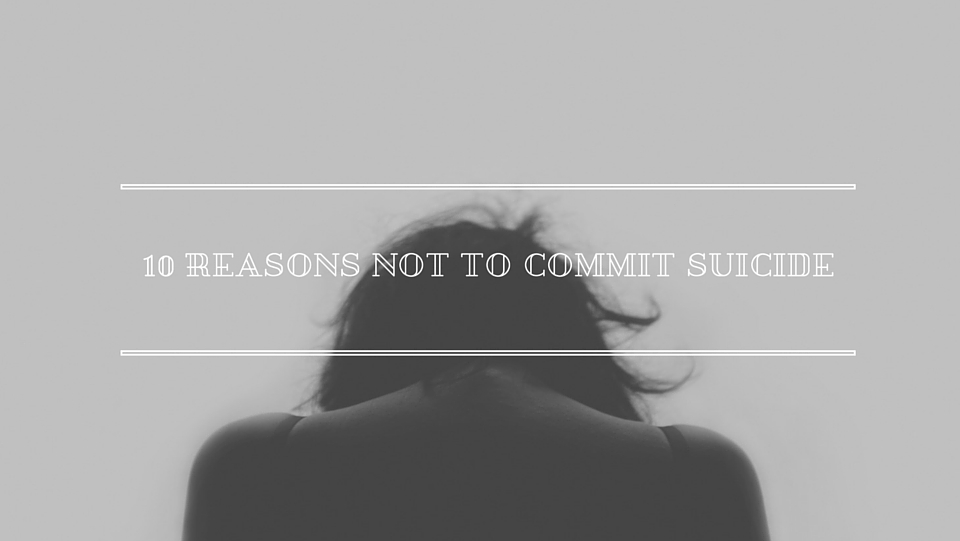 I no longer read newspapers early morning. I don't want to read of one more girl interrupted. Killing herself at prime time. I have realised "not reading" will not stop the problem. So here are my humble thoughts to persons with the rope in hand, gun at temple, or even stray thought in mind:

1. Only losers walk out of a tough game.

2. If you are taking your life as revenge upon those who made you suffer, it won’t work. If they are cruel enough to have pushed you into this corner, they are not going to be impacted by your death but will probably shrug and say, “Good riddance.” The best revenge is – LIVE and SUCCEED greatly in what you do. Anger is a tremendous motivator.

3. Think of your favourite food. You will never be able to eat it once you are dead.

4. Think of clowns like Raakhee Sawant making capital out of your death. Why clown? Her solution to curbing suicide: “Ban ceiling fans.” Her audience laughed uproariously. They will keep laughing, long after you die; is that what you want?

5. India holds the dubious record of the highest number of suicides a year. 100,000 a year, according to the Geneva report of WHO (year 2012). If you are to take your life, you will make it 100,001. And that’s all you will remain – a statistic. Nobody will remember your name, only the statistic. Choose to live and make a difference to the world.

6. Elton John, Owen Wilson, Clark Gable, Sammy Davis Junior, and even Gandhiji (http://www.gandhi-manibhavan.org/gandhiphilosophy/philosophy_truth_gandhintruth_stealing.htm ) once thought of suicide. They chose to live on and enriched the world.

7. Remember you are merely going through a bad moment. One does not give a lifetime for one bad moment. Contact AASRA at 022 2754 669 and they will help you climb atop the bad moment. If they do not pick up the phone, call me at 08041253596. If even I do not pick up, one thing will have happened. The attempts to try and get the number of callous people will get you over the bad moment and prove to you we are not worth dying for. Live for yourself.

8. Adolph Hitler committed suicide and if he is in a grave, everybody is probably spitting on it now. Don’t let that happen to you.

9. Don’t do it. If you do, you will never again feel the rain on your skin or see the rainbow in the sky after the rain has stopped.

10. Your attempt to die may fail (someone may intercept it, or there will be divine intervention). Let me tell you there is nothing worse than opening your eyes after having planned to close them forever. I am talking from experience. I have tried this “Au Revoir, Cruel World!” half a dozen times, and would have kept at it but then Jesus came into my life. I read the Bible and learnt (in Psalm 139) that every day ordained for me was written in His Book before one of those days came to be. No point in trying to defeat God. Nobody has ever succeeded. I am glad I lived on; I now wake up with a song in my heart every single morning. I am ready to love you and listen to you. Call me at (080) 41253596.